Okay. This is it. The end of the road. Hero's Hour v 2.0 aka the Steam release is now drawing near, with a release date on the 1st of March.

What else comes with 2.0? German, Russian, Polish and Spanish translations that not only are complete, but also done by professionals. Translations are actually being turned off in v 1.9, but will return soon, as mentioned.

But that's enough about the future. Because we also have something new here in the present. It's a small little thing named Hero's Hour v 1.9 update. Like the two updates before it, it has quite a lot of changes in rather spread out parts of the game. In this case, the new features are mostly focused around revisiting and reviving old neglected systems, and adding modding support. 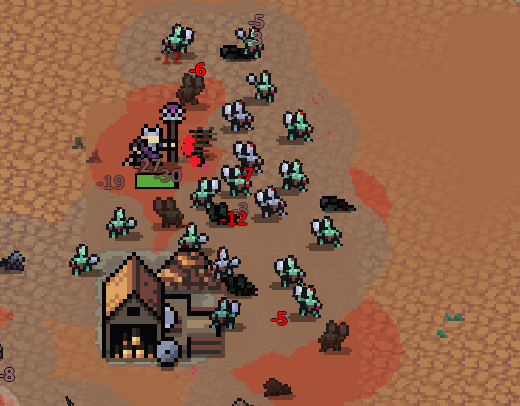 Let's have the grand old overview of changes: 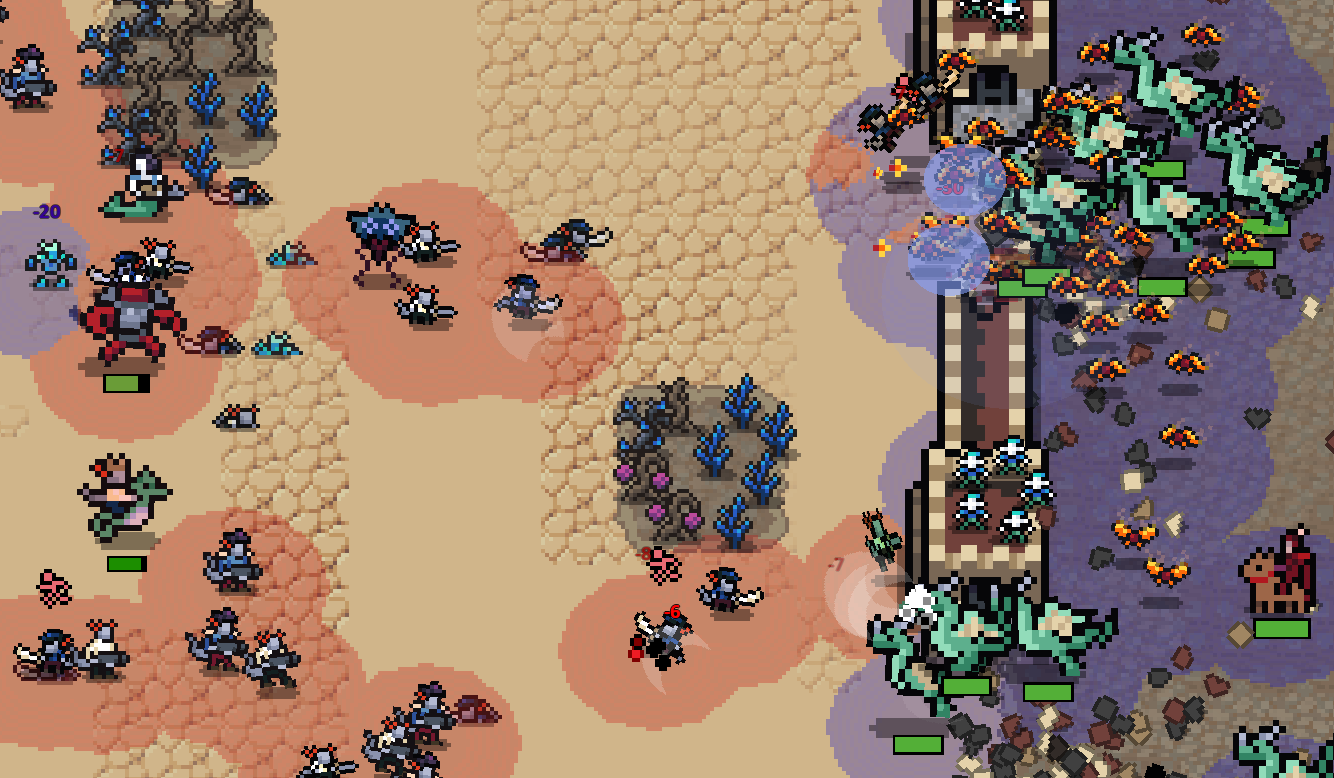 The Hero's Hour modding capabilities have been expanded greatly, with 4 new categories of modding being added. Additionally, behind the scenes, Steam Workshop support is being worked on, though this will of course only impact the game after the 1st of March.

One of the most requested mod features has been for people to be able to add their own factions to Hero's Hour. Personally I find that there's more than enough factions - but then I notice the amazing creativity of the modding community that has already sprouted. Thus, for Christmas, I added faction modding to Hero's Hour. While the other mods are quite easy to make, faction mods take a lot more work. They're actually quite simple to work with; they just require a lot of stuff. Nonetheless, there's currently 3-5 faction mods (depending on how you count them) currently finished. Wow!

One of them that I want to shout out is by Anthony Rose, who has made a fully featured faction mod for Hero's Hour based around ants. Check it out here: https://anthonyrose.itch.io/colony

Apart from faction modding, I've also implemented capability for people to replace the canon heroes and units of the normal Hero's Hour factions with whatever they want. The game is in your hands now. You can even draw your own projectiles for your ranged units.

For how to actually work with mods, there's now a very thorough modding guide, with several useful appendices with all the information a prospective modder will need: Official Modding Guide. It can be found online, as well as bundled with the download of the game. 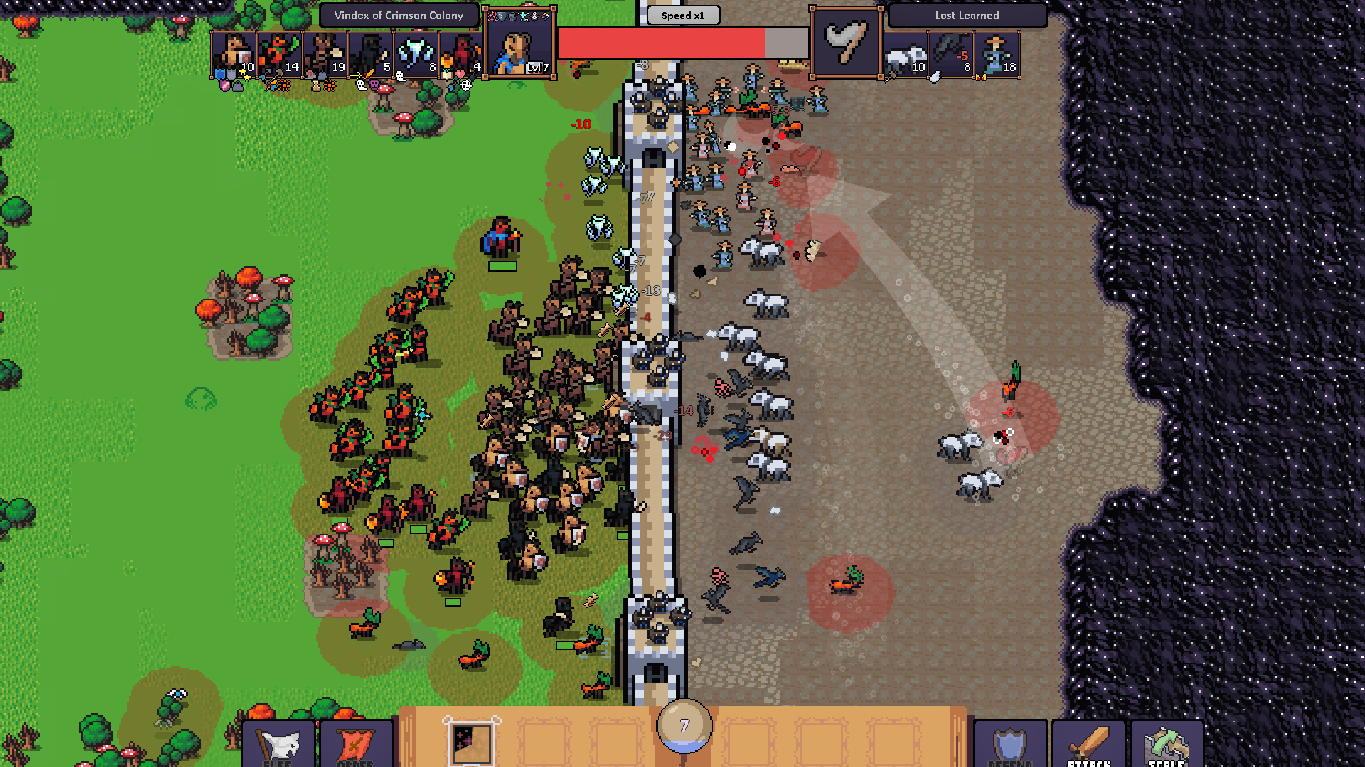 There's a lot of general changes to the game, but for now, I want to highlight changes to a very core but very neglected system in Hero's Hour - the infirmary system. The infirmary was once the core mechanic that made Hero's Hour different: Allowing you to take on challenging opponents without being set back too much by losing units. A lot has changed since the Infirmary was first implemented a full year ago, and it has simply become too slow and expensive to be worthwhile.

This is pretty sad, because the lack of the infirmary has made novice players very disadvantaged, and made senior players quite conservative in the play styles.

To revive the Infirmary, the two issues have been removed. Instead of having to wait for units to be revived, they instantly respawn. Instead of having to pay for units revived by the infirmary, they're now free. This actually makes the system a lot more straightforward and intuitive. Does it change the balance of the game? YES. But not as much as you think. See - taking losses is still bad. It's only half as bad as before, but the best remains to not lose the units in the first place.

Similarly, since the Infirmary has been changed, the Healing skill (which originally only existed to buff the weak Infirmary) has been reimplemented so that it instead Revives dead units after combat, straight into the hero's army. 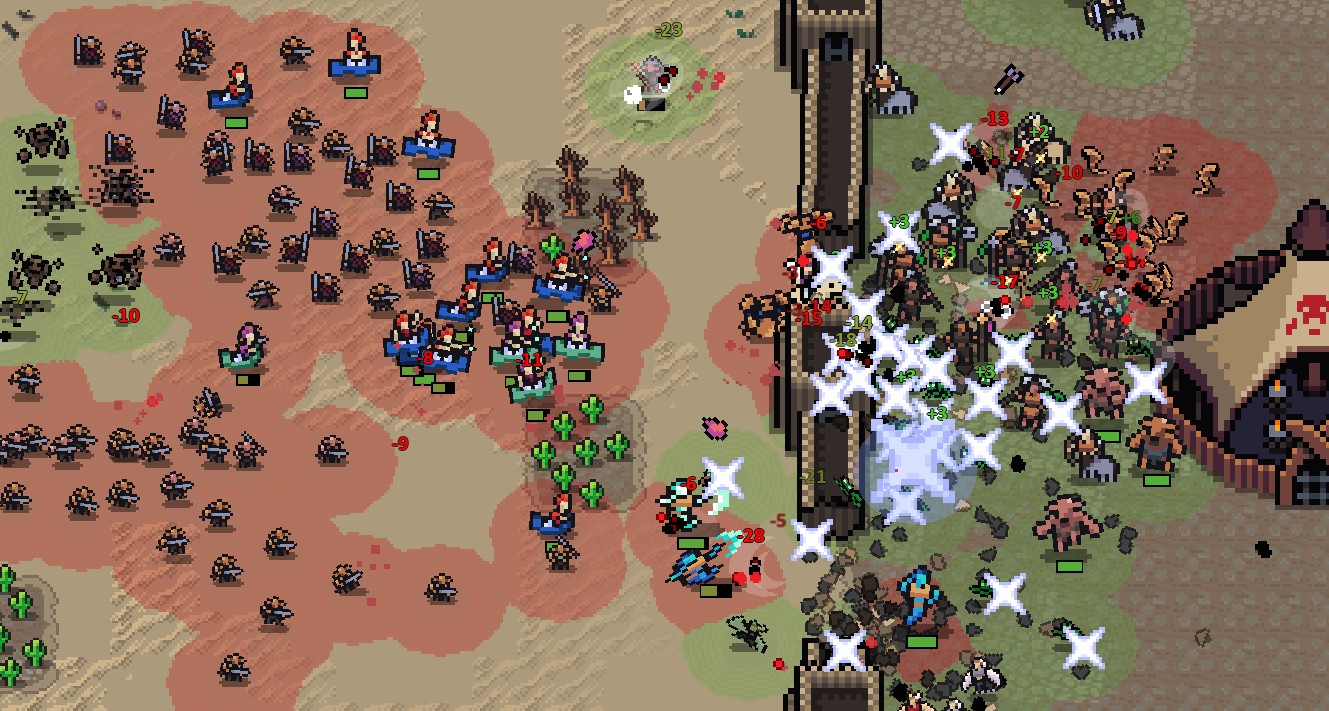 Caster heroes have been buffed so that they now have more mana early in the game. Additionally, higher cost spells are now even more powerful. This should give a better curve, so to say.

This was based on community feedback and was a point I really wasn't expecting, since spellcasting used to be really powerful. We're currently running a tournament, and what we're seeing is that powerlevelling a fighter hero early in the game seems to be the best way to play. So maybe giving casters a bit more leeway will be useful. I'm still going to be watching this closely to see what further adjustments are necessary.

Along the same lines, the Bodyguards skill has been reworked completely. Its original purpose was to allow you to build a secondary hero that could clear the map without a huge army. Instead, it's being used to make early game rushes more powerful.

To this end, the Bodyguards skill is being changed completely. The amount of free units it gives now depends on the relative army size between the hero and your largest army. This means that it actually only gives units if being used by a hero that's not your main hero. It becomes a really powerful tool around week 3, allowing you to have a secondary army without weakening your primary army.

As with the previous thing, this major change will have to be watched for how it affects the game.

Talking of reviving broken things - Lament was once the crown jewel of the v 1.0 release, but has since then fallen by the wayside. The large issues mostly dealt with the earliest and the latest units. The trogserkers have now gained a new cool ability that feels offensive but actually makes them more survivable - Insensate, which gives them an extra 5 seconds of fighting time when they're about to die, and sometimes even saving them.

Also, the Gold Drake has been replaced with a proper tier 6 unit in the Shadowmancer and the Aspect of Shadow upgrade. These will be available earlier than other tier 6 units.  They work as support units, summoning shadowclones of nearby enemies. Shadowclones copy not just the stats, but also the abilities of the original units. 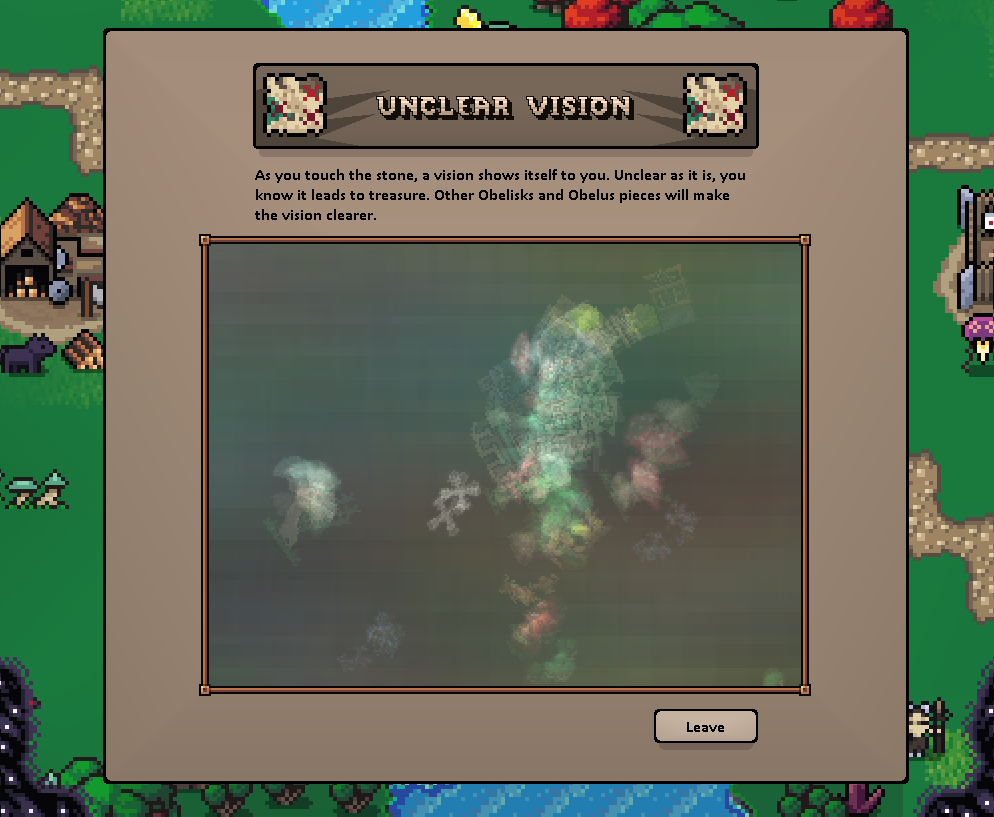 The Obelisk system has been reworked entirely. The old Text-based system is out - for several reasons. For one, it was a lot of text - for another, it became repeitive - for a third, it was hard on people who don't speak English natively - for a fourth, it was hard on the people working to translate the game.

The original system which was added in v0.5 was always meant to be upgraded and expanded, which became impossible when I realised how hard it would be to do within a game that had to be translated. Instead, it was left to wither for a long time.

The new system is graphics-based. A screenshot doesn't quite do it justice, since it's animated with the animation being super important. Anyway, you start with an unclear vision, like the above. Then, Obelisk shards (named Obeluses) are spawned around the area, and picking those up will make the vision more and more clear. There will always be five clues per treasure - but with some creativity, you might be able to find the right area earlier. 3 clues is rare, 4 clues is intermediate, 5 clues is pretty easy. 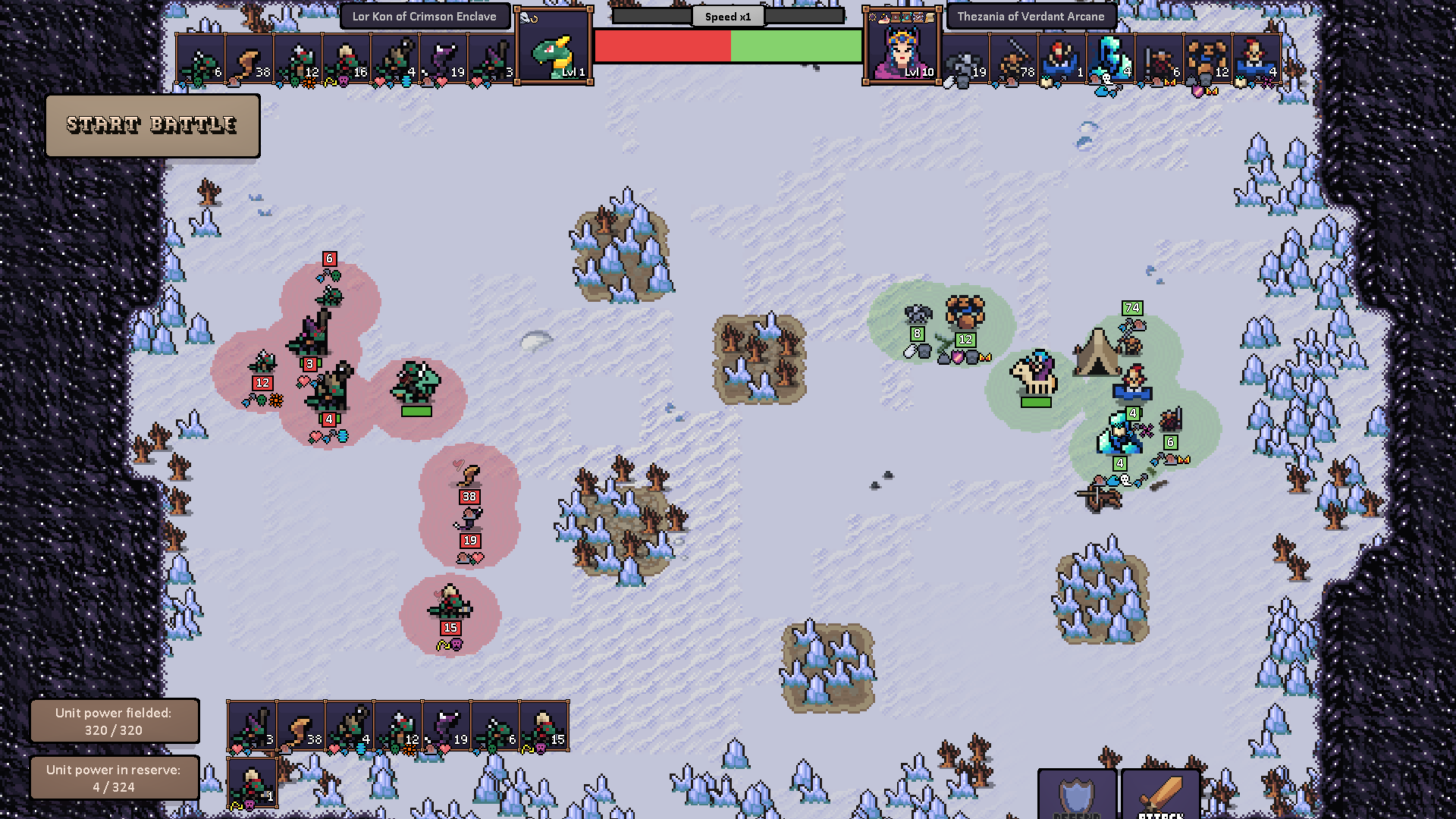 Finally, I've done some changes to combat controls. Several units can now be put into a single war group, and be moved together in a single bunch. The game starts out automatically categorising units in different groups with various roles (melee, defensive, aggressive, fast, etc.), meaning that instead of having to move 15 different groups around, you'll get up to five.

Groups can of course be split apart or merged as desired, of course. You can even turn the automatic categorisation feature off within the game options if you want.

Additionally, you can now drag unit portraits from the bottom list up into the battle arena to position units faster.

During battle, you can click an unit portrait in the top list to pause the battle to give a movement order to only this specific type of unit. 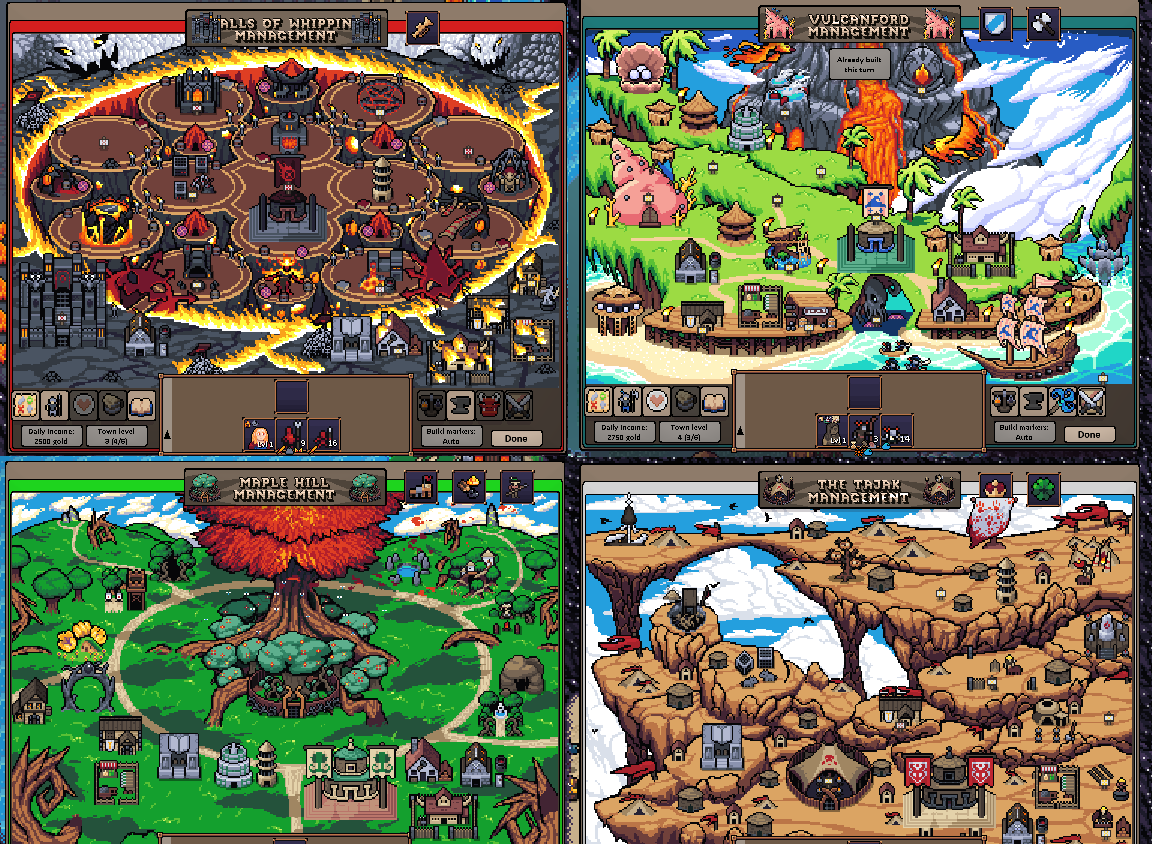 Finally, all factions now have their unique town screens.

Well, that's all the news for v 1.9.0, or at least all the ones I thought important to go into detail about. I'm still doing votes for the community designed faction. During the first two votes, there was overwhelming support for the Lovecraft theme, meaning that the 12th faction for Hero's Hour will have existential horror themes. The third vote helped settle what mechanics the faction will use. And the fourth vote, which is currently running, will determine which of the many units pictured below will make it into the faction roster.

Together with the v 2.0 patch on March 1st, players will get access to the 11th faction, Pillar, which is China themed. The community designed faction will be a pet project for some point later on again - maybe 2.1, maybe 2.2. Who knows what the future holds? 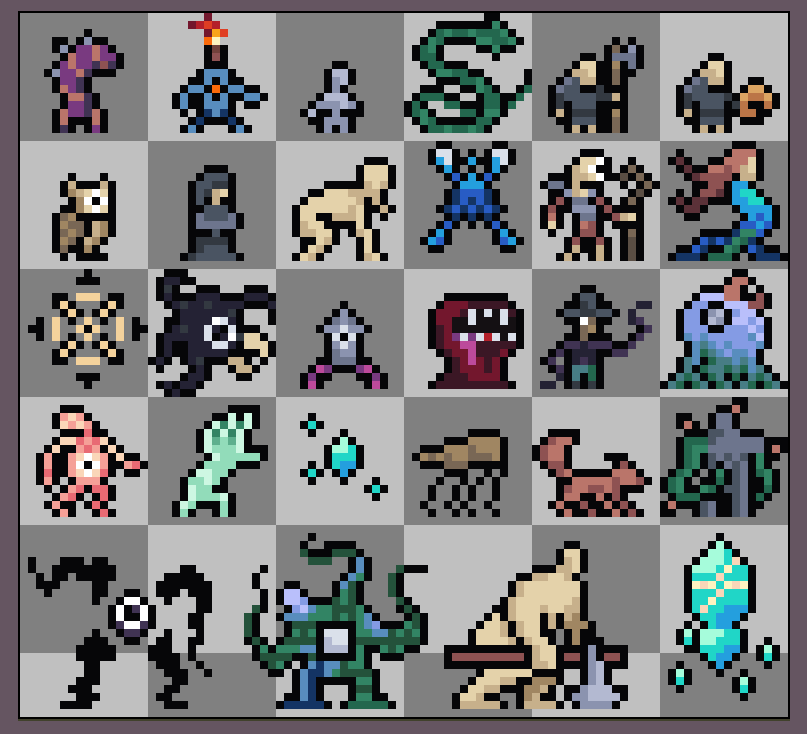 Developing Hero's Hour has been a year-long project at this point, and I'm quite relieved to finally be nearing the end of the road. Last time I did a major release, I set myself free, and I found out what I wanted to do was to continue working on the game. I think this time though, I'm actually going to take more then 3 hours off before jumping into the post v2.0 updates. Maybe even a whole month.

A great thank you to all who have followed along and supported the development of the game.

That's it for now. I'll be seeing you in around a month's time.

great game, fills an important niche. thank you for your continued support!

Good job! You are awesome!

I have purchased your game already here, but I will also be buying it also on Steam (have had is wishlisted after playing my 1st hour). Your awesome game is only rivaled by your dedication to the fans who play it sir. Thank you, and can't wait to see where your hard work takes you!

You won't have to purchase it again on Steam unless you wish to support the dev again. He has promised Steam keys to everyone who has already bought the game here on Itch.io.

Thats nice to know we can choose to purchase it on steam for further support.... ill probably purchase it again

Your dedication to updating and adding new features is really blowing my mind. Well done!

Great game! Do you know if we will get steam keys for those that bought it already?

yup! If you buy on itch before steam release, you'll be able to redeem a key. We're currently working out the details, and the keys might be delayed some days (it's really hard to get steam keys while the game isn't out), but things will be in order.

Thank you for your tremendous efforts getting this bird off the ground! With every new patch, I'm glad I jumped in early, which is rare for me. I have no doubt this will be an instant classic when it hits the masses in a month, especially with that nifty mod support. Great work all around!

Impressed ! At fist it was a fine little attempt to clone-ish a famous game, now it’s a very well thought similar but unique game with lot of charme.

Awesome progress! What's the roadmap for spell mods, or do they already exist as part of faction mods?