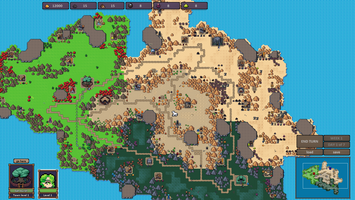 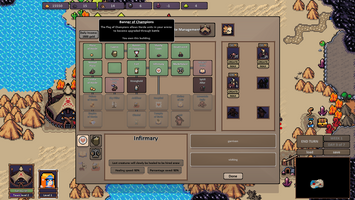 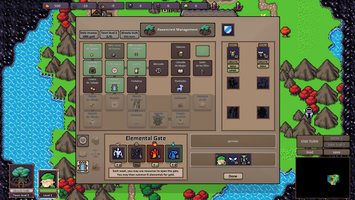 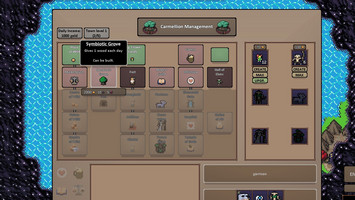 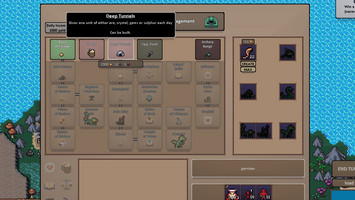 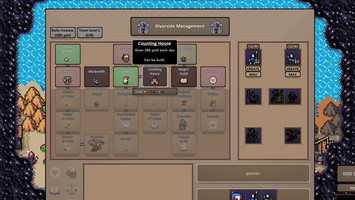 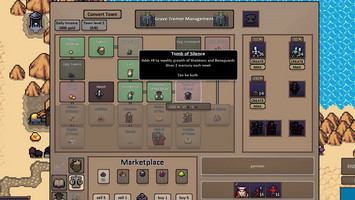 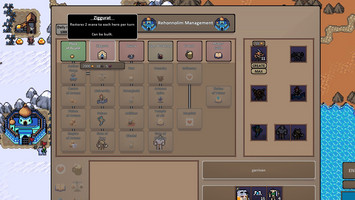 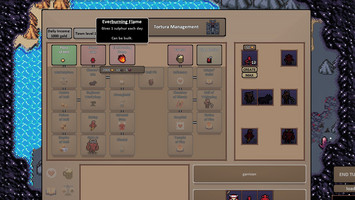 This devlog is going to go over two major updates: v095 and v096. Both of them add polish - but we're talking pretty big chunks of polish. Like, "change up the way the first weeks of the game feel" kind of polish.

Let's try to paint a picture. The game consists of several interlocking system.

We have the adventure map, which has been updated to better incentivize exploration, to give more dilemmas to the player, and to make sure each playthrough feels different.

We have the strategic layer of building up your town and armies - and, oh, how would you know? Every faction has now been given a third unique building. Most of these are minor - but the one for the Horde faction entailed a large rework of how the faction functions and gives the faction a lot more identity.

We have the battles, which have seen several minor changes - and, of course, a major update to spells, though mostly the damaging spells. But all spells work at least slightly differently now, and you now gain detailed information in their tooltips.

The one thing I haven't touched is the hero level-up system. But that will change one day...

Not yet. That's for the future. But please understand for every five changes you see in these updates, there's also slowly stuff popping up to prepare for the huge update that v1 will hopefully be.

Anyway. The game is a complex interaction of systems, and most of those systems have been touched in these two updates. But let's talk specifics. 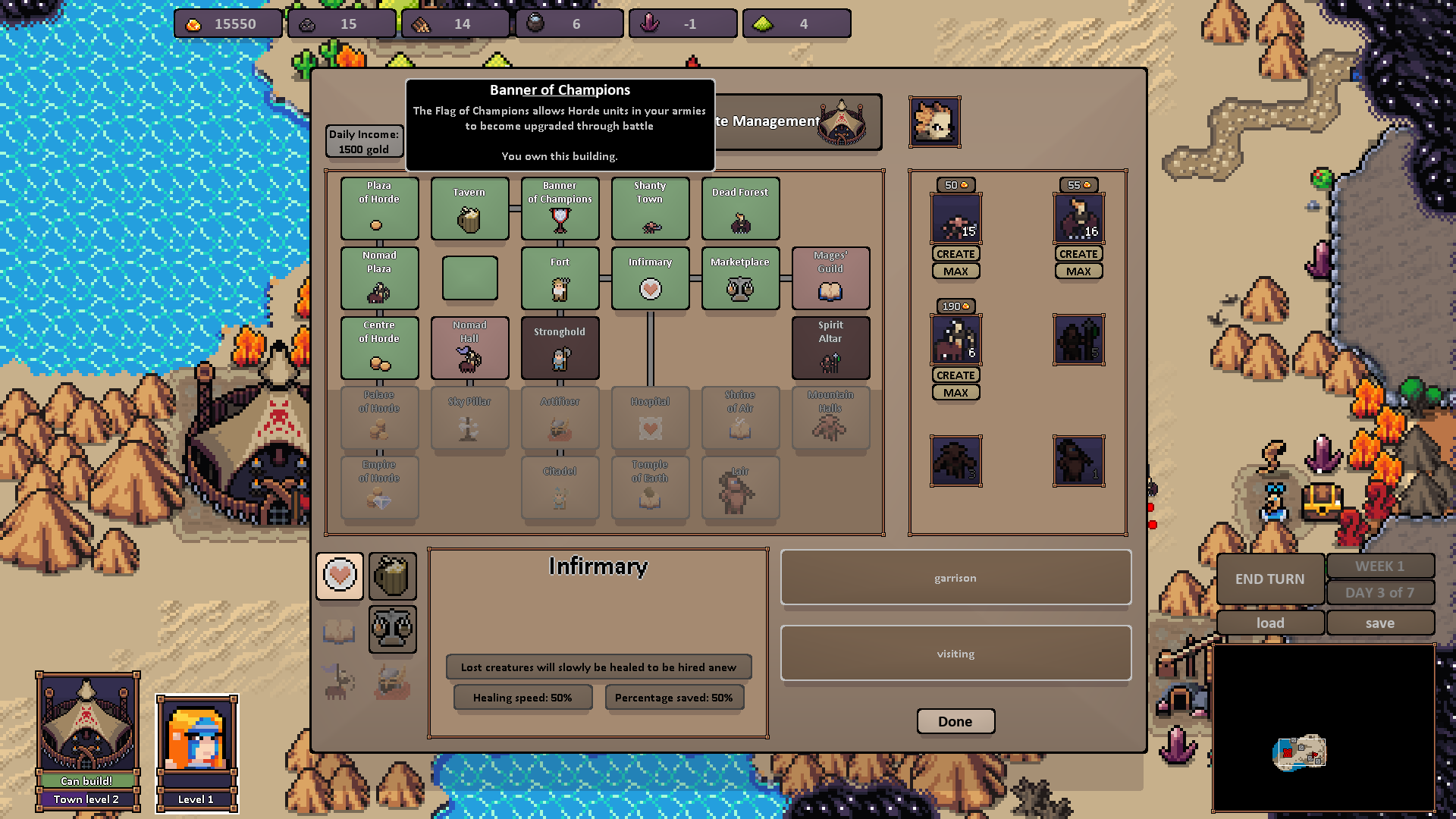 The Banner of Champions allows your Horde units to become upgraded versions of themselves through battle. In fact, you can no longer build upgraded dwellings as the Horde faction. Player feedback suggests that the rate of upgrades is faster than expected. I'd never do a change that feels like a downgrade. Upgrades comes fast and hard - but it'll still take a week of battles for your new recruits to all be upgraded.

Anyway, this gives Horde several cool identity things. First of all, very fitting for Nomads to be the faction that needs the least time to build up their town. It also incentivizes taking hard fights - which synergises well with the plunder skill that they're often offered.

Also, the Sky Pillar now gives Sand Elementals (a completely new unit unique to them) instead of Thunder Elementals - and gives one each day instead of twice a week. The Sand Elemental is the first community crafted unit and is a perfect fit for the faction of Air and Earth. 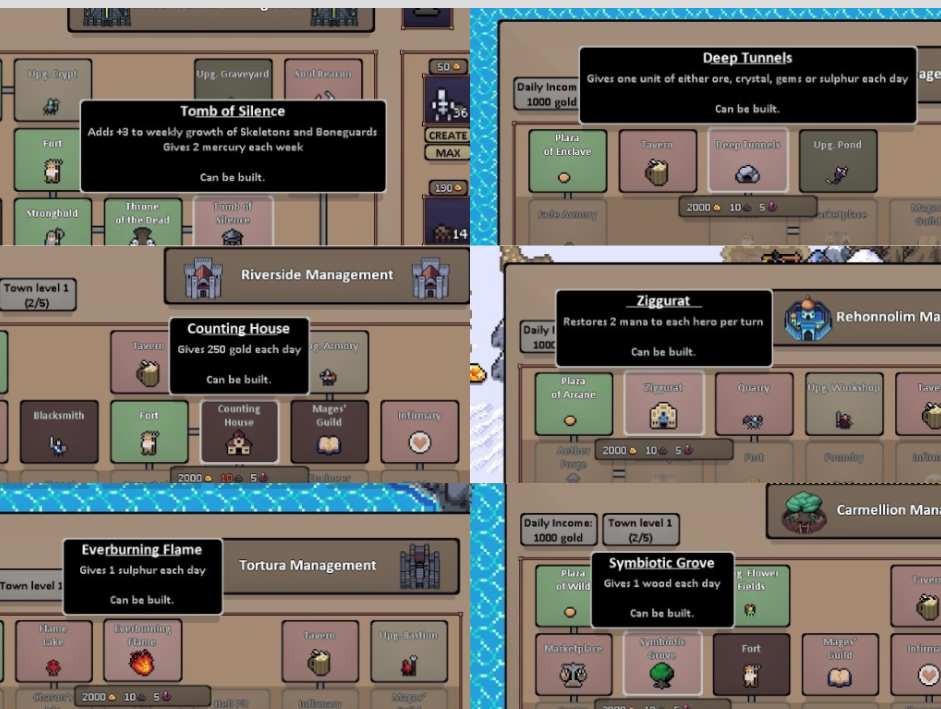 The six other factions also get a new building each, but these are just minor "resource silo" type effects. 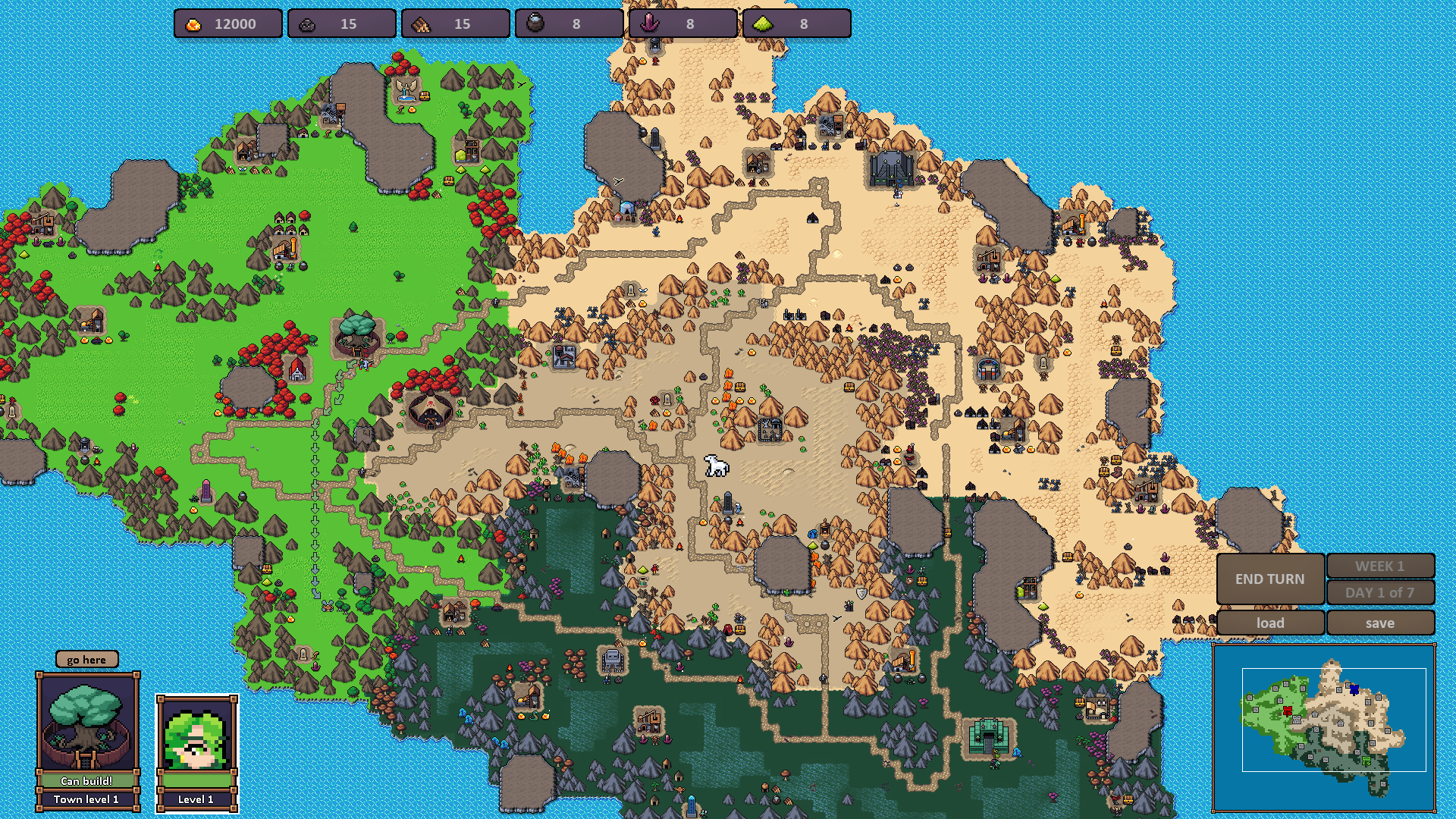 Look at this map. Well, it looks familiar. But then notice that there's a Djinn Lamp in each player faction. You can see my Wild hero heading for one of them, but there's also one in the Decay and Enclave areas.

Treasure chests have been reworked so they can have more stuff in them than just gold and experience. I really like the system of "Pick one of these two", so I added a couple of more types. A skeleton that functions as a Lost Hero, often giving artifacts; the Djinn Lamp, which mostly gives permanent bonuses to the hero, and finally, the Abandoned Regiment, which can give several different things.

Earlier, it was quite rare to find undefended resources. Well, no longer. To such an extent in fact that the starting resources have been reduced slightly - instead, you must venture out to find gold, ore, wood, crystals, mercury and sulphur - along with campfires, lamps, treasure chests, abandoned regiments and lost heroes. Of course the system has been implemented so that all players get the same resources hidden around each of their areas.

There's also several changes to the strength and types of neutral armies that guard various points on the map. Mostly focused on giving you more to do earlier in the game. 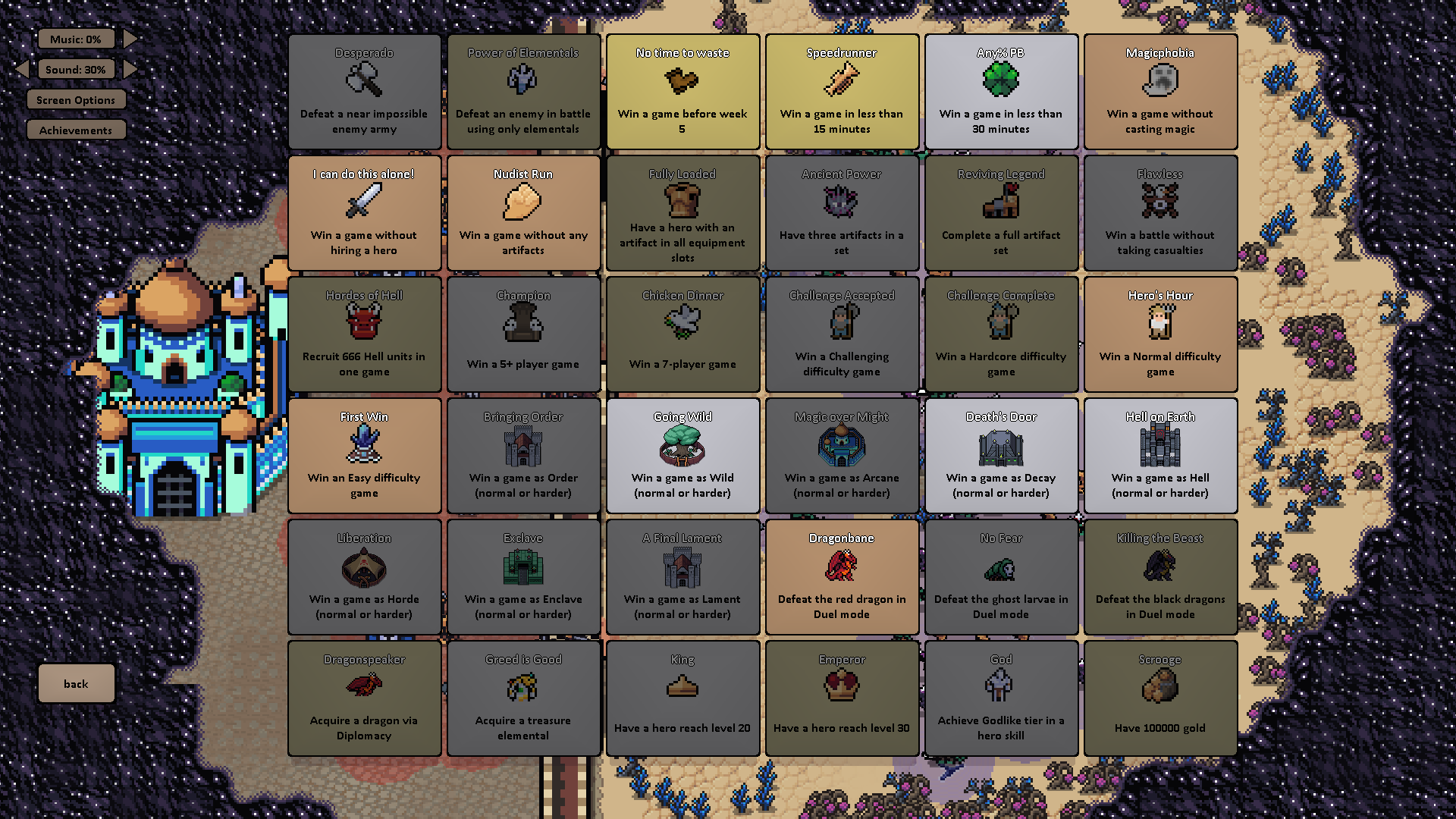 PSYCHE! There's now 36 achievements added to the game. Mostly meant to be unlocked during normal play, but also a few ideas for challenge runs. This will probably be built out along the way.

This is what happens when I procrastinate on adding a tutorial to the game ;)

Kidding aside, the whole reason I went in to doing the map gen redesin for the more interesting early game was because of player feedback. It's been pretty great having a discord because there's always feedback coming in. This means it's easy for me to see what's the most important to change. And I'm quite happy with the way things are going.

I'm still planning to implement the 8th faction for v1 release, but there's some stuff that makes it difficult to work on features which don't have art ready just yet. So that'll come when it's done.

For now, have a nice weekend, give the game a spin and tell me what you think.

>Both of them add polish - but we're talking pretty big chunks of polish.

took me a while to get the joke ;)

Totally want to see this game in Russian/Ukrainian/Polish languages. Commonwealth of Independent States has the biggest Heroes 3 community among other countries. https://heroesworld.ru/ is the biggest I think. I can help only with Russian and Ukrainian, but you can create a project on https://crowdin.com/ to allow other people to translate your game.